“There was a whole lot of love in that room,” a friend remarked a couple of days after the launch party. Her comment made me smile from ear to ear.

It was an incredible evening as family and friends, type people, reading enthusiasts and fellow writers gathered to usher Marcel’s Letters into the world. It’s taken some time to process my thoughts. Here are a few things I’d like to share:

1. Thank you to Michele, Libbie, Nicole and Theresa for selling books. I am so grateful I didn’t need to worry about what was happening at the far end of the room. I appreciate you!

2. Thank you to all who waited in the [surprisingly long] line! I tried to find a balance between giving each person my full attention once they reached the front of the line while also keeping the line moving. I recall seeing a few people in line who didn’t make it to the front. Later I was told some people said, “I’ll get her to sign later” or “I know how to track her down!”  I promise to keep a pen handy!

3. I am so grateful so many people in the book were able to attend. One of the group photos includes many of the people readers will get to know in the book. I’m repeating the photo here, with a caption explaining who’s who: 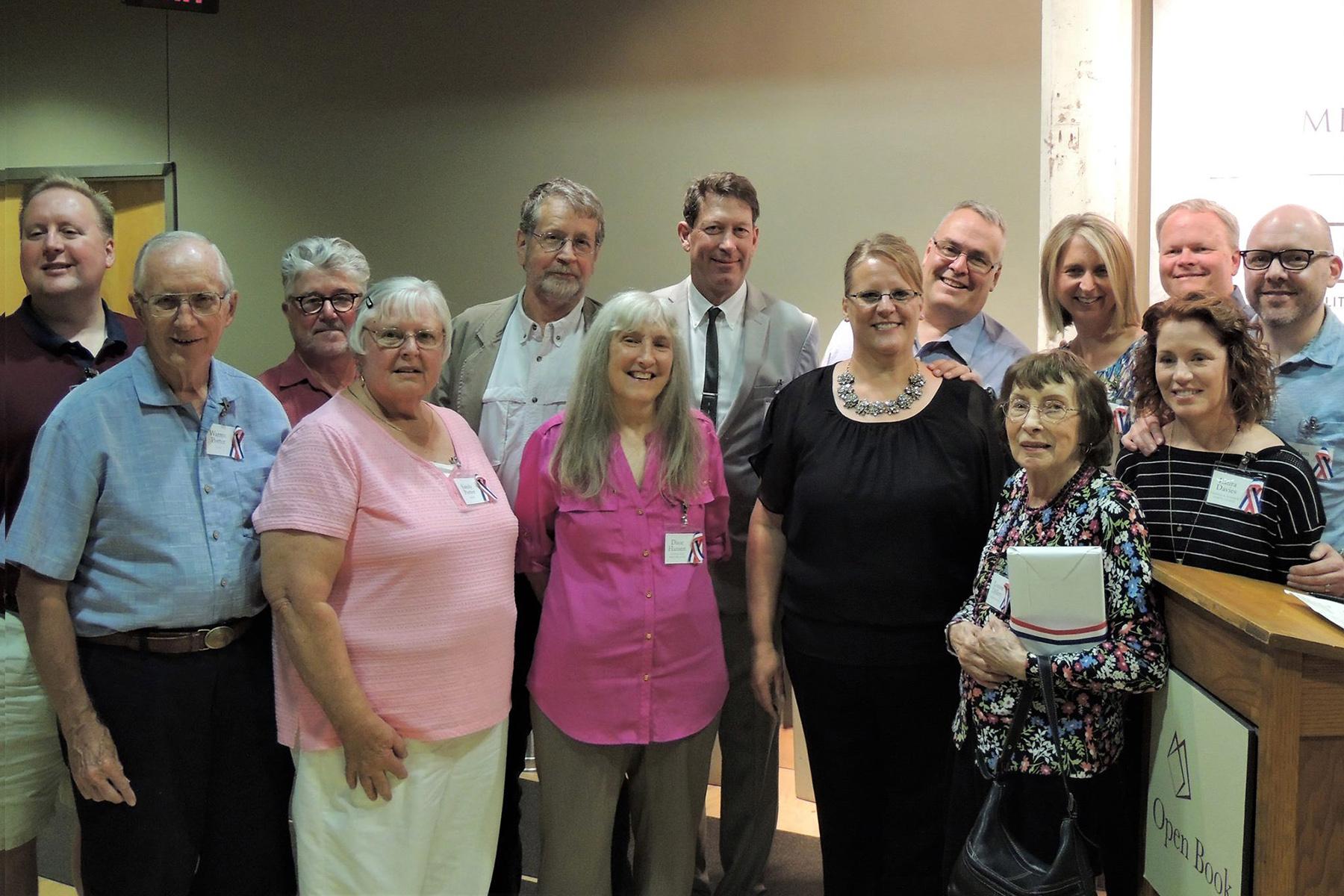 Back row, left to right: My brother, Steve (who is actually only referred to as “my brother” in the book); Timothy Eaton, the man I worked for several years after after college; Bill DeHoff, my college Letterform instructor; Kent Aldrich, a member of Type Tuesday who crafted a beautiful case for Marcel’s letters; Aaron, my husband; Karrin Meffert-Nelson and Jim Meffert, from the dinner party scene; Adam Davies, also from the dinner party scene. Front row, left to right: My Mom and Dad (like my brother, they are only actually referred to as my mom and dad); Dixie Hansen, genealogy researcher; Me; Louise Dillery, translator; Laura Davies, from the dinner party scene (married to Adam).

4. I was honored to be able to have Marcel’s original letters on display. I did not advertised this in advance because I wasn’t sure a secure case would be available, but I’m so glad one was. I heard comments about how meaningful it was to see his original handwriting, the yellowed paper, the censor marks. I heard several people express surprise at how tiny his handwriting was. Others remarked that seeing his original writing made Marcel seem even-more real.

5. Several friends traveled significant distances to celebrate, and I want to give them a big ol’ shout-out: to Jill from Georgia, Nancy from Tennessee, type designer Marisa TenBrink who traveled from South Dakota, and my old college classmates Christy Nesja (and family) and Michael Meredith: you rock! And to Michael’s wife Jen, who I finally got to meet: you are amazing.

I was also grateful my book development editor, Jill Swenson, was able to travel into town. The party wouldn’t have been the same without her.

6. Thank you to Rubin Latz and Rachel M. Anderson, for taking photos and for others who posted/shared images!