The story behind the ampersand 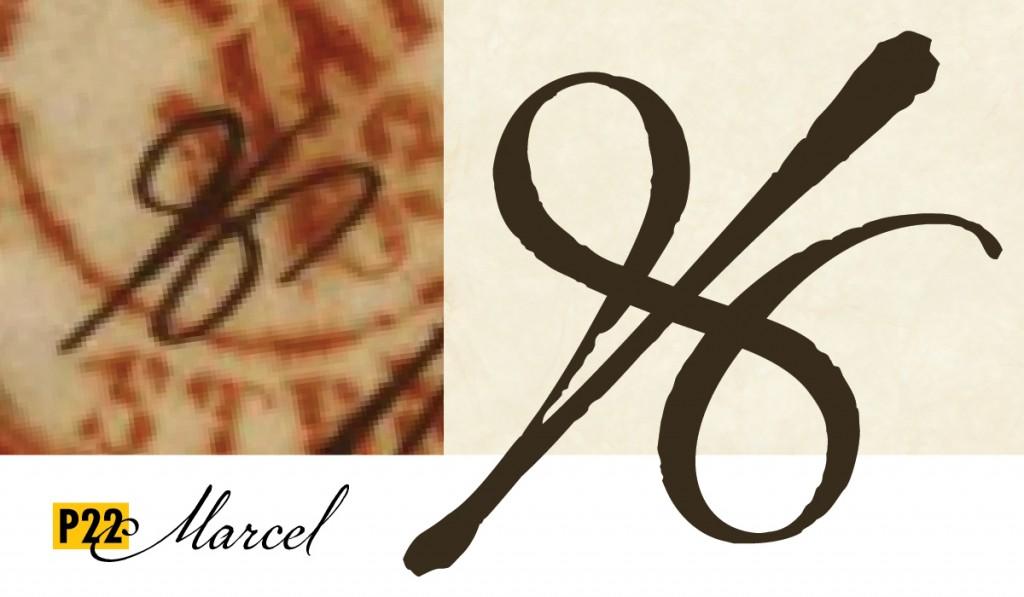 Recently, someone asked a great question about the font ‘Marcel Script.’ They wondered if Marcel’s original handwritten letters included all of the individual letterforms I needed to create a basic character set.

Marcel’s letters contained most lower and uppercase letters ‘a’ through ‘z,’ along with numbers 1–9. What didn’t exist were punctuation marks beyond the period and exclamation point.

Most punctuation marks were easy enough to design; the glyph I struggled with was the ampersand. I sketched page after page of ampersands. Some were in a traditional ‘et’ configuration, others were constructed of swirling and curling loops. Nothing seemed right. Nothing seemed true to how Marcel might have written an ampersand. Some options felt too contemporary, others lacked expression, some were ridiculous, over-the-top flourishes. Months went by, and a solution for the ampersand remained elusive.

I eventually spotted a handwritten specimen on eBay that provided the answer. The specimen was older than Marcel’s letters, but it had been written by another Frenchman, so it seemed plausible Marcel’s ampersand might have been similar. I loved the fluidness of the shape, and that it was different than any ampersand I had seen.

The final ampersand has differences, of course: it is less condensed, the final loop doesn’t swing down as far, the beginning of the stroke is thicker. These revisions were made to reflect some of the particular characteristics of Marcel’s writing.