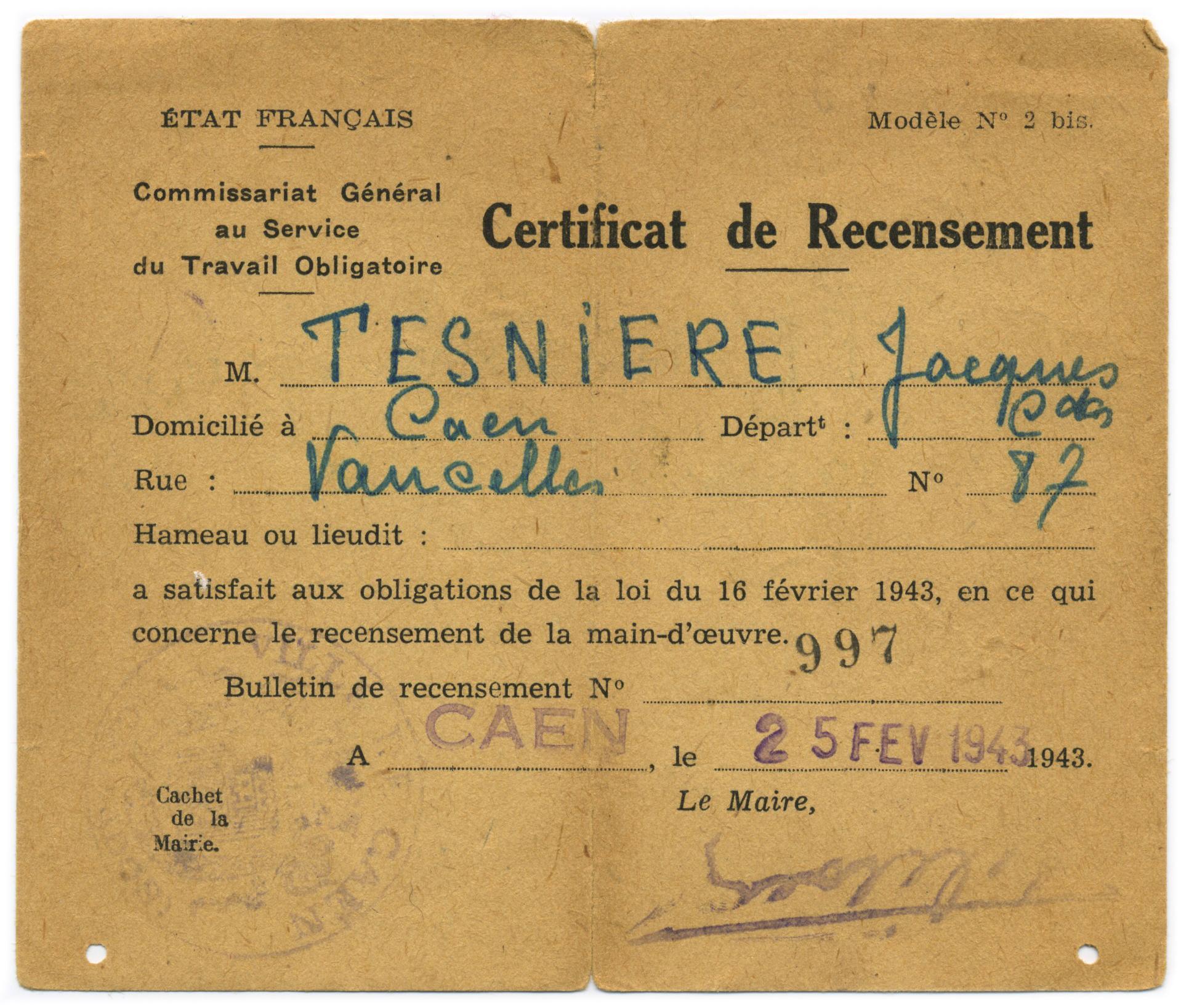 In one of the letters Marcel mailed from Berlin, he mentioned having to show his papers to the German police. My guess is that he showed them his arbeitskarte (worker card) which likely included his photo and listed basic biographic information. The arbeitskarte might have also been inked with his fingerprints.

I found this card — a Service du Travail Obligatoire (Compulsory Labor Service) Census Certificate — which I presume was used well before a worker was sent to Germany. This is just a guess, but I speculate this registration card was accompanied by some record that identified one’s skills — skills the Germans might have assessed to identify who they wanted to work for them.

M. Tesniere, Jacques
Domiciled in Caen
Departure [illegible]
Street: Vancelles
No. 87
Hamlet or place: [line blank]
Has fulfilled the obligations of the law of February 1943, with regard to the census of manpower.

Do you know anything more about this type of census card? If so, get in touch. I’m curious!