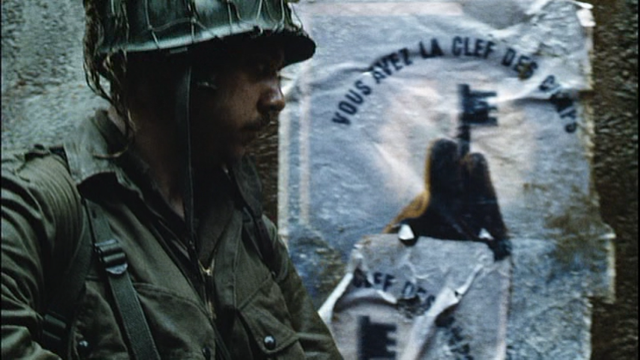 I’ve met with any number of book clubs where someone remarked how little they knew about French forced labor during WWII before hearing Marcel’s story (…hey, me too, sister. Me too!) A number of readers have also remarked that — now that they know more about what happened to conscripted French civilians — they’ve ‘picked up’ on references to it while reading other books.

Sometimes what they ‘pick up’ is a reference to a French civilian who was sent to Germany, or a note that someone ‘worked’ in Germany during the war. One reader mentioned they read a passage about someone who joined the underground in lieu of going to Germany; the passage took on additional meaning after reading Marcel’s Letters. She now understood context around that choice.

I saw the movie Schindler’s List when it was originally released (1993). At the time, the discussion Liam Neeson (Oskar Schindler) and Ralph Feinnes (Amon Goeth) had about setting up a factory labor camp went right over my head. But I watched the movie again a couple of years ago and as I thought about Marcel living in a Daimler-affiliated camp, the conversation jumped off the screen. Like the reader above, once you know more, you ‘pick up’ on references that didn’t have meaning earlier.

The movie Saving Private Ryan includes an interesting reference to French forced labor. At 57 minutes and 40 seconds into the movie, Paul Giamatti (Seargent Hill) walks past a building with a poster adhered to it. Honestly, it’s easy to miss; the poster is only on screen for a few seconds and your attention is on Giamatti.

The set dressers used one of the propaganda posters that encouraged French citizens to work in Germany. This poster says “You have the key to the camps / French workers, you release prisoners by working in Germany.” This propaganda poster would have been distributed early on in the war when the German government promised to release one French prisoner of war for every three French men who “volunteered” to work in Germany. The first time I watched the movie the poster in the background wouldn’t have caught my eye, but after learning more about French forced labor, the poster jumped off the screen. 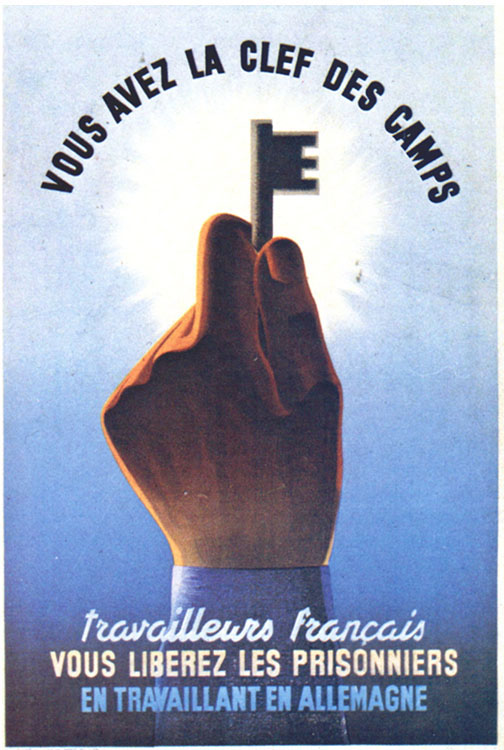 If you’ve watched Saving Private Ryan, did you ever notice this poster? Have you ‘picked up’ on other references to French forced labor after reading Marcel’s Letters? If so, I’d love to hear about your experience!