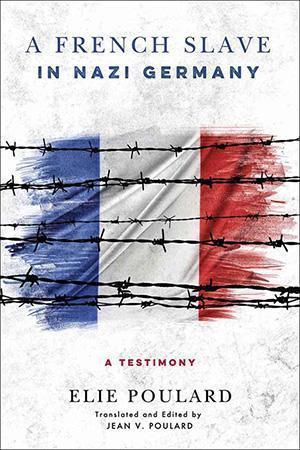 As noted in the book’s introduction, “In the literature on World War II, not much appears about the use of foreign workers by the Nazi regime or their fate, especially in English…” One reason I eagerly looked forward to getting my hands on this book (it was published in France years ago, but the English-language version was first released in September) was that this is one of only a few books I’ve found dedicated to illuminating the conditions for French forced laborers.

In June, 1943, Elie Poulard was sent to work in Germany as part of STO — Service du Travail Obligatoire — the same program that sent Marcel to Berlin. Unlike Marcel, Elie was sent to work for the Todt Organization, a quasi-military construction company responsible for a variety of large-scale engineering projects. Among other projects, Elie worked on rebuilding a bombed dam in the Ruhr region.

Elie was younger than Marcel, but I found a number of similarities in his experience, including the in-camp friendships essential for emotional support. The book can be read in a few hours, and I would recommend it for anyone who wants to more fully understand French forced labor in World War II history.