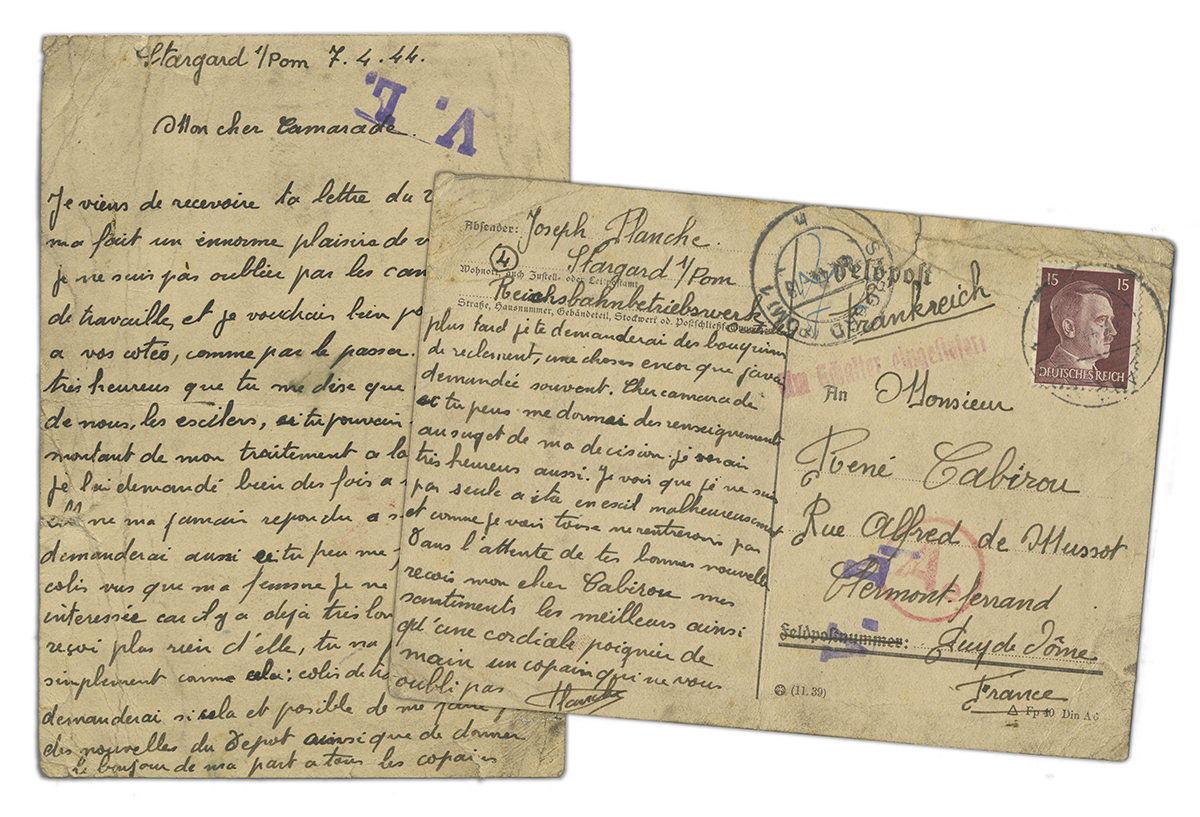 I just received your letter of March 22, 1944, which pleased me a lot, to see that I am not forgotten by a workplace friend, and I would like to be with you, as in the past.  I’m also very happy that you told me that you are taking care of us, the exiles.

Can you tell me the amount of my pay from the SNCF since I asked my ex-wife many times but she never answered with anything about this subject. I’d like to ask you also if you can send me packages, since my wife must not be interested in me anymore, for I haven’t received anything from her for a long time. You don’t need a label, just like this: Worker’s package. I’d like to ask you if it is possible to send me news from the [train] depot, and to say hello from me to all of my friends. Later I will ask you for some [unclear] books, another thing that I often asked for. Dear friend, if you can give me information about my decision, I would be very happy also. I see that I am not alone in being in exile, unfortunately, and as I see, all will not return. Hoping for good news from you, my dear Cabirou, [I’m sending] my best regards as well as a cordial handshake from a friend who has not forgotten you.

Note from the translator, Janet:
1. SNCF: TransFrench National Railway System: la Societe Nationale de Chemins de fer Francais)
2. Beautiful handwriting on the address side, especially the capital letters. There were some misspellings due to silent letters, not uncommon in cards and letters. Clermont-Ferrand is in the Puy-du-Dome region in central France, where remnants of volcanoes ‘les domes’ are a distinctive part of the area.
.
Note from Carolyn:
1. The return address includes “Reichsbahnbetriebswerk,” which was the German National Railway Depot. This is purely speculation, but it sounds like Joseph might have been an experienced rail worker (since he mentioned pay from the SNCF). It makes sense that the Germans would have conscripted experienced rail workers to work for the German National Railway.