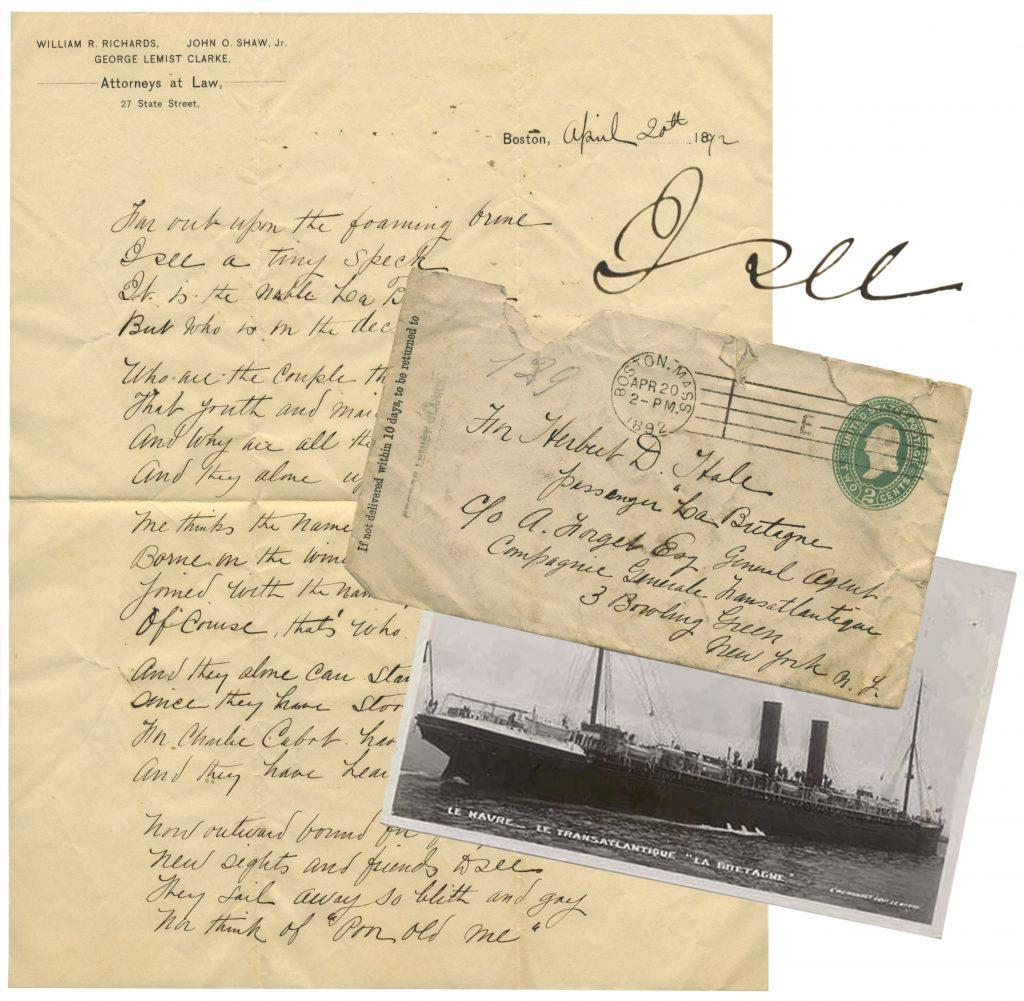 Many of the pieces of old, handwritten ephemera in my collection have serious content: they are notes from lawyers, financial ledger pages, or pages with messages about far-away loved ones or troubled times. But, occasionally I’ll find a handwritten letter with a delightful, whimsical content. This was one of those finds.

This letter was written in April, 1892 and sent to a man named Herbert D. Hale. Mr. Hale appears to be a passenger departing on the La Bretagne, a Trans-Atlantic steamer that operated between 1886–1912. It’s unclear who wrote the letter, but it is on an attorney’s letterhead, so perhaps Mr. Hale’s lawyer also fancied himself a poet.

Far out upon the foaming brine
I see a tiny speck
It is the noble La Bretagne
But who is on the deck?

Who are the couple that I see
That youth and maiden fair?
And why are all the rest below
And they alone up there?

Me thinks the name of Dudley comes
Borne on the winds afar
Joined with the name of “Nice of Grete”
Of course, that’s who they are

P.S. One of the things that caught my eye about the letter was the fluidness of the writing, such as what can be see in the way the “I” sweeps into “see.”